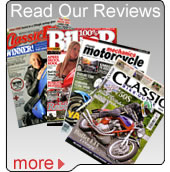 Fork rechroming will make your bike forks look brand new again as well as making them functional. Depending on the degree of existing wear or corrosion the forks will usually be ground back on a centreless grinder and then chrome plated oversize to allow us to grind the fork back to its original size and tolerances.

Chrome Plating: The rechroming process is carried out in a vat of chromic acid (H2CrO4) where the forks will be plated for approximately 24 hours.

Process: Hard Chrome plating is an electrolytic process utilising a chromic acid-based electrolyte. The component requiring plating becomes the cathode and, with the passage of a DC current via anodes, chromium metal builds on the component surface. The solution needs to be heated to an operating temperature between 52 to 58°C.

Stopping Off: Selective Hard Chrome plating using a masking agent such as clamca wax or stopping-off lacquer is used to cover all the internal bushes and valves to prevent them from interfering with the chemistry of the electrolytic solution as well as being damaged by it.

Lubricity: One of the reasons that hard chrome is applied to forks is because of its inherent lubricity, that is its ability to slide against other materials when some materials might seize. This lubricity can be thought of as a marble table top that things can easily slide across, whereas other materials could be seen as a table cloth that bulks and folds when you try to slide objects over it. That folding is known as galling and can cause materials to seize. 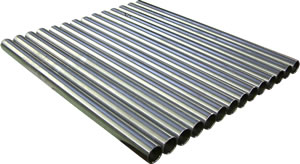